Proposed Rule Changes: Raising or Lowering the Bar? (Part One) 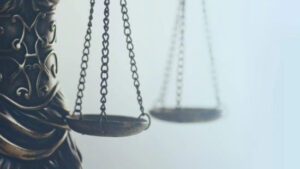 This article is Part One of an anticipated two-part series following the proposed rule changes offered by the State Bar of California’s Board of Trustees.

“The following rules are intended to regulate professional conduct of lawyers through discipline. They have been adopted by the Board of Trustees of the State Bar of California and approved by the Supreme Court of California pursuant to Business and Professions Code sections 6076 and 6077 to protect the public, the courts, and the legal profession; protect the integrity of the legal system; and promote the administration of justice and confidence in the legal profession.”

For the first time, the State Bar may be changing this purpose, under the premise of providing improved access to justice and adoption of technological innovations in the legal field.

The State Bar Board of Trustees

The State Bar Board of Trustees (the “Board”) develops the guiding policies and principles underpinning its regulatory mission for the State Bar of California. Prior to 1975, only attorneys could be appointed to the Board. This changed after the enactment of Section 6013.5 of the California Business and Professions Code, which, in its current form, allows the governor, Senate Committee on Rules, and Speaker of the Assembly to appoint six total Board members.

The current full 13-member Board is comprised of:

The Board meets approximately 12 times a year, alternating between the State Bar’s San Francisco and Los Angeles offices and via teleconferences. Meetings are open to the public except for closed sessions that are allowed by law.[2]

California: By the Numbers

California is the most populous state in the nation. As of July 1, 2018, California’s total population is approximately 39.8 million.[3] This includes almost 30 million adults.[4]

Every jurisdiction has a rule against the unauthorized practice of law, prohibiting certain conduct by both non-lawyers and lawyers who are admitted to other bars. This is true but for one exception, the Bar of the District of Columbia.

HISTORY OF THE PROPOSED RULE CHANGES

On July 11, 2019, Justice Lee Edmon, Chair of the Task Force on Access Through Innovation of Legal, and Randall Difuntorum, the Program Manager of the Office of Professional Competence, issued an “Open Session Agenda Item” to members of the State Bar and the Board.[5] This Agenda Item followed an initial planning session that took place in January 2018, in which the Board discussed and directed “the study of online legal service delivery models to determine if regulatory changes are needed to support or regulate access through the use of technology.”[6] The purpose of this study was to help the Board pursue “Goal 4” of the State Bar’s 2017-2022 strategic plan, “[s]upport access to justice for all California residents and improvements to the state’s justice system.

As a result of this planning session, the Bar contracted with Professor William D. Henderson, a professor on staff at the Indiana University Maurer School of Law, “to conduct a landscape analysis of the current state of the legal services market, including new technologies and business models used in the delivery of legal services, with a special focus on enhancing access to justice.”[7] The results of Professor Henderson’s study, identified as the “Legal Market Landscape Report” (the “Report”) were published to the Board on or before July 19, 2018.[8] Based on the Report, the Board “authorized the formation of a Task Force to analyze the landscape report and conduct a study of possible regulatory reforms, including but not limited to the online delivery of legal services, that balance the State Bar’s dual goals of public protection and increased access to justice.”[9]

The Task Force was formally named the “Task Force on Access Through Innovation of Legal Services” (“ATILS”). The ATILS consisted of 23 members, “a majority of which are non-attorneys.”[10] This included eleven public members, ten lawyers, and two judges.[11] As to the composition of the ATILS, the ATILS Task Force Fact Sheet provided by the California State Bar stated, “A non-attorney majority helps ensure that the recommendations of the Task Force are focused on protecting the interests of the public.”[12]

After five general meetings and three subcommittee meetings, the ATILS provided the Board with “The Complete List of Tentative recommendations” (the “Recommendations”) on July 2, 2019.[13]

The Recommendations provided by the ATILS are not limited to “non-profit” entities.[15] As stated by the ATILS, “the [proposed] models . . . would include individuals and entities working for profit and would not be limited to not for profits.[16] With that in mind, the ATILS proposed, in part, the following changes to the California Rules of Professional Conduct:

2.0 – Nonlawyers will be authorized to provide specified legal advice and services as an exemption to UPL with appropriate regulation.

2.1 – Entities that provide legal or law-related services can be composed of lawyers, nonlawyers or a combination of the two, however, regulation would be required and may differ depending on the structure of the entity.

3.1 – Adoption of a proposed amended rule 5.4 [Alternative 1] “Financial and Similar Arrangements with Nonlawyers” which imposes a general prohibition against forming a partnership with, or sharing a legal fee with, a nonlawyer. The Alternative 1 amendments would: (1) expand the existing exception for fee sharing with a nonlawyer that allows a lawyer to pay a court awarded legal fee to a nonprofit organization that employed, retained, recommended, or facilitated employment of the lawyer in the matter; and (2) add a new exception that a lawyer may be a part of a firm in which a nonlawyer holds a financial interest, provided that the lawyer or law firm complies with certain requirements including among other requirements, that: the firm’s sole purpose is providing legal services to clients; the nonlawyers provide services that assist the lawyer or law firm in providing legal services to clients; and the nonlawyers have no power to direct or control the professional judgment of a lawyer.

3.2 – Adoption of a proposed amended rule 5.4 [Alternative 2] “Financial and Similar Arrangements with Nonlawyers” which imposes a general prohibition against forming a partnership with, or sharing a legal fee with, a nonlawyer. Unlike the narrower Recommendation 3.1, the Alternative 2 approach would largely eliminate the longstanding general prohibition and substitute a permissive rule broadly permitting fee sharing with a nonlawyer provided that the lawyer or law firm complies with requirements intended to ensure that a client provides informed written consent to the lawyer’s fee sharing arrangement with a nonlawyer.[17]

In short, the Recommendations, if imposed, would allow the unlicensed practice of law and fee splitting with nonlawyers. The ATLIS recommended these changes stating that the “Task Force believes that individuals in the middle class have access to justice concerns that could be addressed by the activities of a new form of for-profit provider. The success of online businesses, such as LegalZoom, provides anecdotal support for this proposition. Furthermore, to the extent for profit entities may already be engaging in these types of practices, providing regulatory parameters will improve public protection and the administration of justice.”[18]

The ATLIS also noted that changing the fee-splitting and profit framework is “intended to facilitate the ability of lawyers to enter into financial and professional relationships with nonlawyers who work in designing and implementing cutting-edge legal technology,” and “that by expanding the kinds of situations under which nonlawyers can share in the profits and ownership of entities that deliver legal services,” the deterrent to “the adoption of technology will be removed and the concomitant practice efficiency enhancements will increase access to legal services.”[19]

As to potential “Cons,” ATLIS acknowledged the following, in part:

Following the July 11, 2019 Board Meeting, the Board authorized a “60-day public comment period and a public hearing on the tentative recommendations” provided by the ATILS.[28] The Board further noted that this “authorization for release for public comment is not, and shall not be construed as, a statement or recommendation of approval of the proposed changes.”[29] Following the 60-day public comment period, the Board will convene to formally approve of the proposed rule changes.

If the Recommendations are authorized by the Board after the 60-day public comment period, they will then be submitted to the California Supreme Court for final approval.

[14] For a complete list of the Recommendations and commentary, the writer recommends that the reader review the July 11, 2019 Agenda Item pages 5-7.